Ian Gale was a founding member of an IAH working group on artificial recharge that first met at the IAH Congress in Cape Town in 2000.  With the encouragement of Andrew Skinner, then Secretary General of IAH, to form a Commission, Ian invented the term “Managed Aquifer Recharge” (MAR) which became the title of the Commission, and he became its founding co-chair on its establishment in January 2002. Hence the term MAR, that has been in continuous use around the world since, is one of Ian’s legacies.  The first task the new commission set itself was to develop a foundational UNESCO-IAH document Strategies for MAR in semi-arid areas to encourage understanding acceptance and opportunity assessment for MAR.  Ian edited that evergreen document, published in 2005, that is still widely cited and is downloadable from the Commission’s website.  Ian managed the website for the commission, hosted by BGS until his retirement in 2011 when he also stepped down as co-chair of the IAH Commission. In that role he had contributed generously both strategically and practically for a decade. His keen interest in international development helped shape the Commission. His service was recognised by a certificate of appreciation from the IAH President and Secretary General at ISMAR7, Abu Dhabi, 2010.

Ian led a BGS project for UK Dept for International Development on “MAR: an assessment of its role and effectiveness in watershed management” https://assets.publishing.service.gov.uk/media/57a08c4eed915d622c00126d/R8169-FTR.pdf  published in 2006, involving studies at three MAR sites in India over 2 years. This report remains the most comprehensive assessment of operational MAR in South Asia.

However Ian, over and above his professional achievements, holds a special place for the individual he was.  He had a thoughtful and caring approach to the people with whom he worked.  He was humble and courteous and a pleasure to work with as a mentor and partner, being encouraging, generous and patient.   He was also inspiring, with a creative spark and wise counsel.

On behalf of IAH-MAR, we extend our sympathy to the Gale family and his colleagues in BGS and IAH, and share with you in your loss. 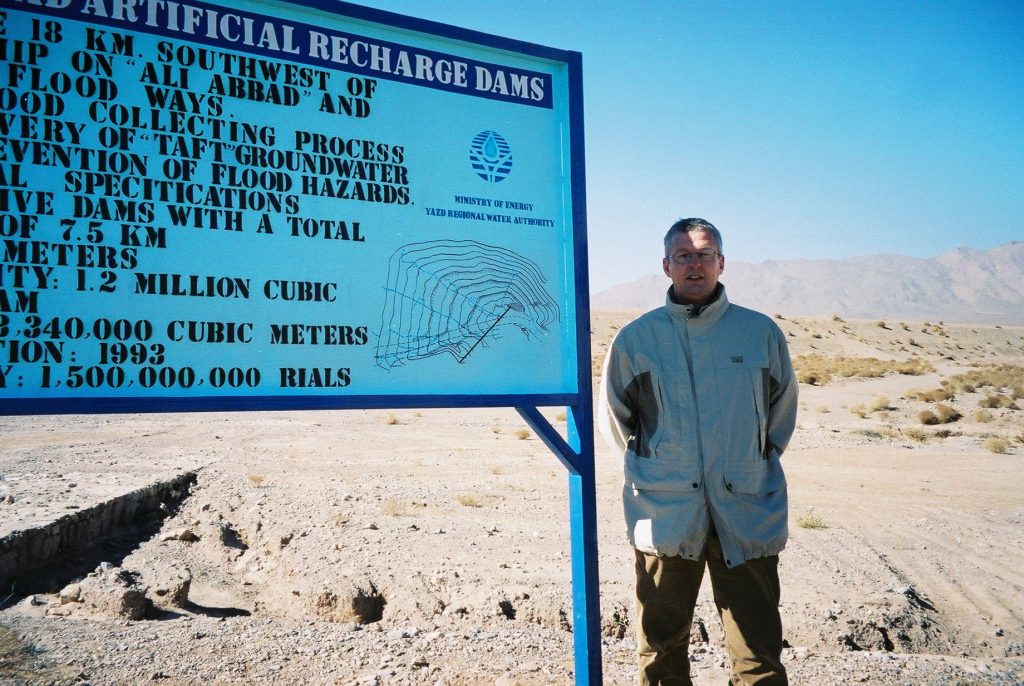